“Today, Prime Minister Trudeau showed contempt for democracy in Alberta by appointing a hand-picked representative of Alberta to the Senate of Canada in advance of our province’s Senate elections.

“The Prime Minister knows full well that Alberta will be holding elections for Senate nominees in October of this year. I personally informed him of our forthcoming Senate elections at our July 7 meeting in Calgary, and told him that the Alberta legislature had adopted a motion calling on the Prime Minister not to fill the two current Senate vacancies but to wait for Albertans to choose their own preferred Senate candidates.

“Alberta’s tradition of electing Senate nominees goes back to the 1980s. We have had four Senate elections in the past, and five nominees to the Senate selected by Albertans in these elections went on to be appointed and to represent Albertans in Parliament democratically.

“The Prime Minister’s decision shows contempt for democratic decision-making, and for Alberta voters in particular.

“As a forum for representation of regional interests, the Senate plays a vital role in our federation. It is essential that senators have a mandate from Albertans to ensure that they actually defend our vital economic interests, as elected Senator Scott Tannas and Senator Doug Black did in defending Alberta from federal intrusion into our exclusive constitutional jurisdiction to develop our resources by fighting the ‘No More Pipeline’s law’ (Bill C-69) and the ‘tanker ban’ (Bill C-48).

“Sadly, the Prime Minister’s decision to snub his nose at Alberta’s democratic tradition is part of a pattern of flippantly disregarding our province’s demands for a fair deal in the Canadian federation and the desire of Albertans for democratic accountability.” 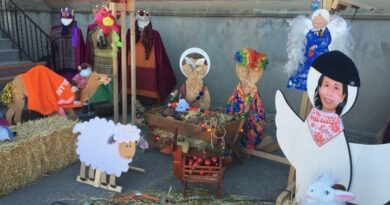