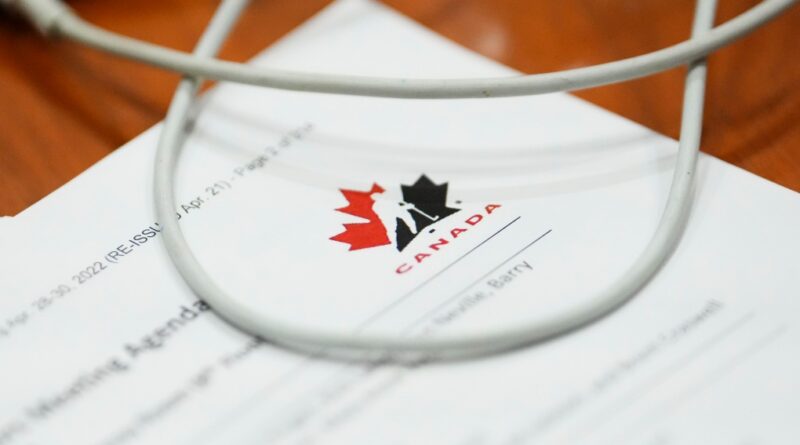 Hockey Canada has taken its first steps toward rebuilding its board of directors after CEO Scott Smith and other members resigned on Tuesday. This comes after months of scandal stemming from the organization’s mishandling of sexual assault allegations.

Hockey Canada and its members passed several revised bylaws during a special meeting on Saturday. The changes are aimed at rebuilding the organization from the top down, and take effect immediately.

The amendments were recommended by former Supreme Court justice Thomas Cromwell, who released a 103-paged interim report on Hockey Canada’s fractured board of directors on Thursday, placing blame on the organization’s senior management team.

“There can be no serious debate” Hockey Canada has lost the confidence of stakeholders, Cromwell wrote in a memo to Hockey Canada’s board of directors on Monday.

Applications for positions on Hockey Canada’s board of directors will be reviewed and vetted by an independent nominating committee, which also holds the power to add names to the voting ballot.

At Hockey Canada’s annual general meeting slated for Dec. 17, a new group of representatives will be elected after president and CEO Scott Smith, and other board members, stepped down Tuesday.

Cromwell also recommended that the board elected in December be a “transition board,” serving for one year.

The interim board will focus on “urgent tasks,” reads a press release from Hockey Canada, but the organization has not outlined what its first tasks may be.

Another amendment also updated the deadline for applications to the nominating committee, pushing the date to Nov. 10. This will allow extra time for the committee to recruit a third-party firm for vetting applications.

“Given the change in timing for application submission, materials related to the nomination process will be provided to the Members by Nov. 28, 2022,” the release states.

This comes as Cromwell is in the midst of a full governance review of Hockey Canada, something he was tasked with earlier this year after the organization reached an undisclosed settlement with a woman who alleged she was sexually assaulted by eight hockey players, including members of the 2018 world junior team. No allegations have been proven in court.

A number of corporate sponsors withdrew their support for Hockey Canada in the days leading up to the board’s decision to step down. Local hockey associations, such as the Granby Minor Hockey Association, quickly suspended payments to Hockey Canada when allegations surfaced.

“Maybe it was naive, maybe it was candid, but at least we stand up as parents and I think (that’s) the message that was heard around Canada,” Francois Lemay, a municipal councillor in Granby, Que., who oversees sports and outdoor activities for the city, told CTV News Channel on Sunday.

After watching the organization, he said he is unsure the bylaw amendments will create immediate positive change.

“I think that there are so many questions up in the air. We know that Hockey Canada paid some victims for their silence, did the same thing happen in the provincial branch or territorial branch?,” Lemay said. “With good leadership, by giving the example, we may have good results, but it’s going to take years.”

Other recommendations from Cromwell include ensuring the board is made up of no more than 60 per cent of one gender, increasing director positions from nine to 13, and staggering directors’ terms so only a third of the positions are up for re-election in any year.

Second round of Open for Summer Lottery prizes awarded