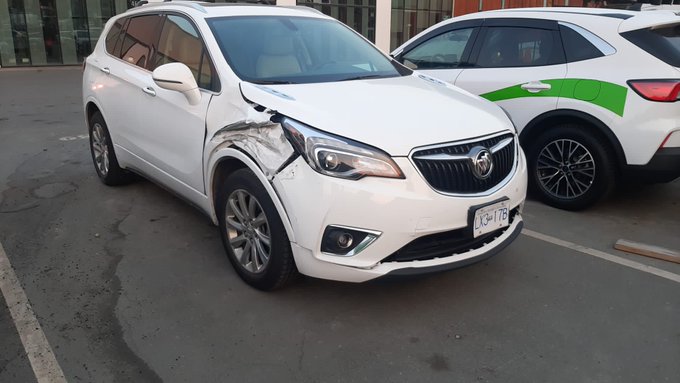 After losing his bid for re-election, Surrey Mayor Doug McCallum dropped off his badly damaged, city-owned vehicle at the public works yard, according to one city councillor.

Jack Hundial shared an image on social media of a white, Buick Envision SUV with a significant dent in the front end on the passenger’s side, with a caption expressing his “extreme disgust,” and describing the mayor’s turning in of the damaged car as a “final FU” to Surrey residents.”

Hundial said he received the photo from staff, confirmed it was McCallum’s vehicle, and reported the damage to Mounties Sunday morning.

“Looking at that damage, just how significant the damage is on it, I reported to the police. But by then they already said that there are other people calling in based on my Tweet,” Hundial told CTV News.

“That’s some pretty significant damage on that vehicle. I hope no one was hurt… We don’t know what happened to it and it’s still a city asset, owned by taxpayers.”

CTV News Vancouver contacted the Office of the Mayor asking if the vehicle shown is McCallum’s and if the cause of the apparent damage has been determined and received a response attributable to a spokesperson from the City of Surrey’s department of Corporate Services.

Mayor Doug McCallum’s vehicle was returned to the city at some point this weekend,” the email said.

“As the matter is being reviewed, the city will not be commenting at this time.”

CTV News has also reached out to the Surrey RCMP. This story will be updated when a response is received.

It would not be the first time, Hundial noted, that this taxpayer-funded vehicle sustained damage. In 2020, a CTV News investigation revealed that McCallum was involved in two crashes while driving the vehicle. In one incident, an 81-year-old woman was injured, and in another, the city was left to foot a $7,000 repair bill. Additionally, it uncovered that the city bought the SUV for $46,521.44 while also giving the mayor a car allowance of $14,500.

Brenda Locke, who defeated McCallum for the city’s top job in Saturday’s election, was among those who cried foul at this arrangement, demanding an ethics investigation.

Hundial and Locke have both been vocal opponents of McCallum and his Safe Surrey Coalition, particularly on the matter of replacing the RCMP with a municipal police force. They were also among the minority on council that demanded McCallum resign when he was charged with public mischief for allegedly lying to police about an RCMP supporter running over his foot in a grocery store parking lot.

Locke won the mayor’s seat by fewer than 1,000 votes but her Surrey Connect party will have a majority on council. Hundial did not run for re-election.

“Brenda will make a terrific leader for the City of Surrey moving forward, really getting away from the antics of Doug McCallum,” Hundial said Sunday when asked about the results.

“I think really for all residents of the city of Surrey, they can lift their face up again with some pride.” 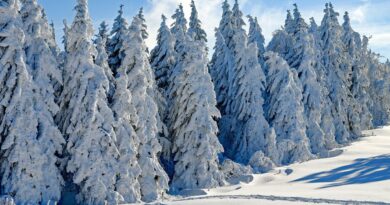