At approximately 1:30 a.m., officers encountered a Chevrolet Malibu and initiated a traffic stop in the area of 52 Street and 16 Avenue NE. The vehicle did not stop and fled at a high rate of speed. The officers did not pursue. The CPS HAWCS police helicopter followed and monitored the vehicle’s driving pattern. The vehicle was observed driving at high speeds and ran several red lights. In the area of Rundleview Drive NE, the driver and sole occupant abandoned the Malibu and entered a Nissan Altima. The Malibu was later identified as a stolen vehicle.

The man drove into downtown, then through the communities of Ogden and Riverbend. He stopped the vehicle in the eastbound turning lane of southbound 18 Street SE at Glenmore Trail SE, and turned off the vehicle’s lights. The Altima stayed there for approximately four minutes before its lights were turned on and it circled the area. It stopped again in a southbound driving lane of 18 Street SE near Riverview Circle SE, with its lights on. A marked police vehicle, driving in the opposite direction, drove by the vehicle after it had been stopped there for several minutes. The Altima started to drive again, made a U-turn, and accelerated rapidly. It pulled alongside the police vehicle, and then pulled in front of the police vehicle. The Altima slowed and stopped on 18 Street SE just south of the exit to eastbound Glenmore Trail SE, causing the police vehicle to stop. A confrontation occurred at approximately 2:37 a.m., during which one officer discharged his service firearm.

The driver then fled in the Altima at a high rate of speed and exited onto Glenmore Trail SE. He drove into Ogden. The male abandoned the vehicle and entered a nearby residence. Police responded and contained the residence. It was determined he was alone in the premises. After approximately 12 hours, officers persuaded the man to surrender and exit the residence. He was arrested without incident. The man was later identified to be a 28-year-old Calgary man. No injuries were sustained during any of these events.

The Altima was also later confirmed to be a stolen vehicle.

ASIRT’s investigation will examine the circumstances surrounding the discharge of a firearm by a police officer. CPS retains the investigation into the conduct of the man throughout these events. No additional information will be released.

ASIRT’s mandate is to effectively, independently and objectively investigate incidents involving Alberta’s police that have resulted in serious injury or death to any person, as well as serious or sensitive allegations of police misconduct. 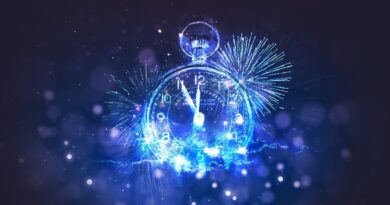