At about 9:36 p.m., police received a 911 call from staff at a south Edmonton hotel that there was a man with a gun slashing and shooting at tires in the hotel parking lot. EPS patrol and tactical police officers were dispatched, along with air support from the EPS Air1 helicopter. While officers were responding, they were advised by hotel staff that the man had left the parking lot on foot, proceeding eastbound across Gateway Boulevard in the general direction of a nearby gas bar.

At approximately 9:46 p.m., officers encountered a man matching the initial description walking southbound in the middle lanes of Gateway Boulevard towards responding tactical vehicles. What occurred next was captured on Air1 video. As some of the tactical officers exited their vehicles, the man turned and ran northbound, away from police. Tactical officers pursued the man on foot. He was observed to be carrying a dark object in his right hand. Near Gateway Boulevard and 56 Avenue, events occurred that resulted in officers discharging their firearms. The man was struck and fell to the ground, having sustained critical injuries.

A black object, which the man dropped when he was struck, was recovered and later determined to be an imitation Glock air pistol. A magazine consistent with use in an air pistol was later recovered from the hotel parking lot.

A critical part of ASIRT’s investigation will focus on what happened at the time the officers discharged their firearms. Although these events were captured on Air1 video, no additional information will be released until any and all available witnesses have been interviewed, so as not to compromise this evidence. 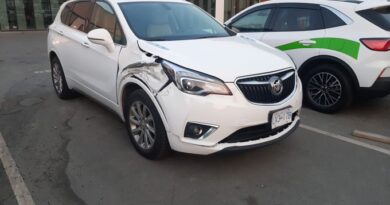